Is ¬£12bn enough to get UK on track for net zero carbon emissions? – The Guardian 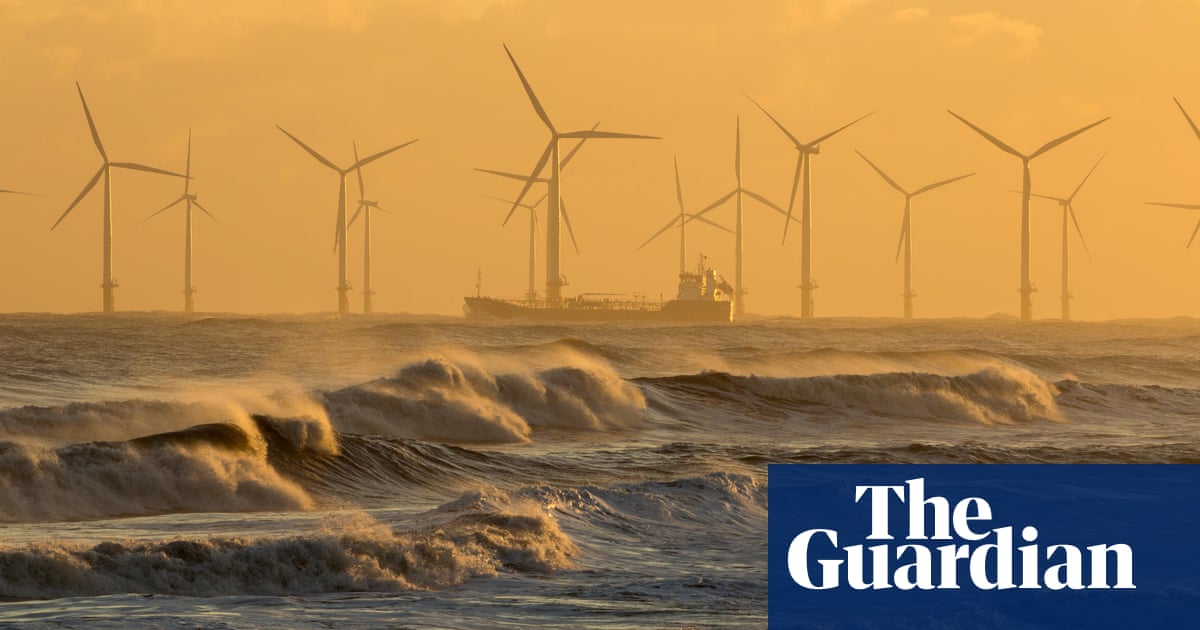 The government‚Äôs 10-point plan for putting the UK on track to reach net zero carbon emissions has been welcomed by experts as a good start, but many fear that the ¬£12bn of public investment proposed will be too little to achieve the sweeping changes to the UK‚Äôs economy that will be needed.

Sir David King, a former government chief scientist and chair of the Centre for Climate Repair at Cambridge University, said: ‚Äú[This] is nowhere near enough either to manage the commitment to net zero emissions by 2050 or to provide a safe future. As we emerge from the Covid-19 pandemic and its impact on our economy, there needs to be an understanding that this is the opportunity to grow our economy in a direction that is fit for purpose in this century.‚ÄĚ

He contrasted the ¬£12bn with China‚Äôs commitment to investing 2.1% of GDP in the green economy. ‚ÄúWe need clarity from the government on the transitional process over the coming decade that would include major investments into promising greenhouse gas removal technologies, and disinvestments from the fossil fuel industry,‚ÄĚ King said.

PwC has estimated that ¬£400bn of investment in green infrastructure is required in the next decade to meet the net zero target. Steve Jennings, the head of energy and utilities at PwC, said: ‚ÄúGovernment is signalling an intent and an ambition which is really positive, but the ¬£12bn investment is the significant point. This may not be enough. It will be the private sector that has to invest significantly and create and support these green jobs, and the private sector will look for a compelling investment case to invest the sums required.‚ÄĚ

Ed Davey, the leader of the Liberal Democrats and a former energy and climate secretary in the coalition government, said: ‚ÄúIt‚Äôs shockingly unambitious ‚Äď this is not the long-term strategy we need, and I don‚Äôt trust the Conservatives to deliver given what they have been doing in the last few years.‚ÄĚ

A government spokesman conceded that only ¬£3bn of the funding announced was new. ‚ÄúOf the ¬£12bn, ¬£3bn of it is brand-new investment, which crosses over the different range of areas,‚ÄĚ he said. ‚ÄúJust as important as the money, I‚Äôd point to the targets that are contained in the plan, not just in terms of petrol and diesel vehicles, but also the targets we have put in place around heat pumps, carbon capture, and restoring the natural environment and nature.‚ÄĚ

The solar industry pointed out that the government had missed out solar from its green plans, though there may be more detail in the energy white paper, which is expected later this year.

Some in the electric vehicle industry were also nervous. Charley Grimston, the chief executive of Altelium, which makes software for electric vehicles, said: ‚Äú¬£500m for mass-scale production of batteries does not compare to investment in countries such as Germany, where figures are in the billions for new battery manufacturing plants.‚ÄĚ

For some of the items on the 10-point list, public funding will play only a minor role. Offshore wind companies, for instance, are expected to invest tens of billions in building new windfarms. Offshore wind is mature technology, and companies need only the right system of energy regulation to reassure them they can turn a profit and spur them to invest.

Car manufacturers are expected to take the lead on electric vehicles, investing in new plant and training the workforce, and North Sea oil and gas companies are regarded as well placed to move into hydrogen fuel and carbon capture and storage technology.

This means the ¬£12bn from taxpayers will be only a start, and would be quickly outweighed by private-sector investment. Chris Stark, the chief executive of the Committee on Climate Change, pointed out on Twitter: ‚ÄúPrivate offshore wind investment alone would dwarf the ¬£12bn ‚Ä¶ Majority will be private investment, with some public investment alongside.‚ÄĚ

Keith Anderson, the chief executive of Scottish Power, which plans to invest ¬£10bn in green projects in the UK, said the government did not need to spend more taxpayer money to reach its goals, if it set up the right investment frameworks to galvanise private capital.

‚ÄúI don‚Äôt think the government needs to spend huge amounts of taxpayer money,‚ÄĚ he told the Guardian. ‚ÄúIf we have proper policy framework and investment frameworks then money will flow into the system quite readily. Take the offshore wind sector, for example: the government stated an ambition, set up its [contracts for difference] mechanism, and this has created a self-perpetuating industrial success story. We are starting to see the same thing in electric vehicles where costs are beginning to come down.‚ÄĚ

There is a catch, however: currently, the cost of greening the power sector has been met by additions to electricity bills, which can be controversial and which hit the poorest hardest. The UK‚Äôs only new nuclear power plant under construction, Hinkley Point C, was agreed under a deal with the French company EDF that will require billpayers to pay more than ¬£90 per megawatt hour for 35 years, estimated to put as much as ¬£18 on each household‚Äôs bill per year.

If the government is to avoid loading future costs on to bills, a more equitable way will need to be found. The prime minister has hinted at carbon pricing, but who would pay and how such a system would be managed has yet to be set out.

Another problem is that for many of the projects, there is no clear way to encourage private-sector investment. For instance, redesigning towns and cities to encourage cycling and walking is likely to fall to local authorities, but the sums so far made available to them are not close to enough for the large-scale transformation required.

Restoring nature and planting trees will also be costly, and is likely to have to come from the public purse, some of it in the form of subsidies to farmers. Hilary McGrady, the director general of the National Trust, welcomed the government‚Äôs promise of ¬£80m for a nature recovery fund, but added: ‚ÄúWe know that billions are needed to restore nature and make the sort of impact that‚Äôs required to tackle climate change. We will need long-term commitments of reliable funding, including through the new agricultural system, and further deeper commitments to achieve the goals set out in the government‚Äôs 25-year plan for the environment.‚ÄĚ

Public-sector investment is not just a cost. Using energy more efficiently will be a saving, and moving to renewable energy will cut fuel costs, while green jobs will be an economic boon.

The benefits will also be felt in improved public health and wellbeing, as well as a safer climate. For instance, the Federation of Master Builders estimates that insulating the UK‚Äôs draughty homes will save the NHS at least ¬£2bn a year in preventable illness, and switching to electric vehicles will prevent some of the 40,000 deaths each year from air pollution. The CBI has calculated that 3m working days are lost each year to air pollution at present.

Some experts want the government to put in place longer-term mechanisms that will mean that new low-carbon technologies pay for themselves over time. Myles Allen, a professor of geosystem science at Oxford University, said: ‚ÄúThe prime minister doesn‚Äôt say who is going to pay for carbon capture in the long term. It‚Äôs fine to use public money to get it going, but it‚Äôs not fair on taxpayers to spend all that without a clear business model for the private sector to take over.

‚ÄúThere is a really simple solution ‚Äď called a carbon takeback obligation ‚Äď which would spread the cost over the entire fossil fuel industry and its customers, keeping it manageable and fair. Bring this in and net zero by 2050 really does start to look within reach.‚ÄĚ