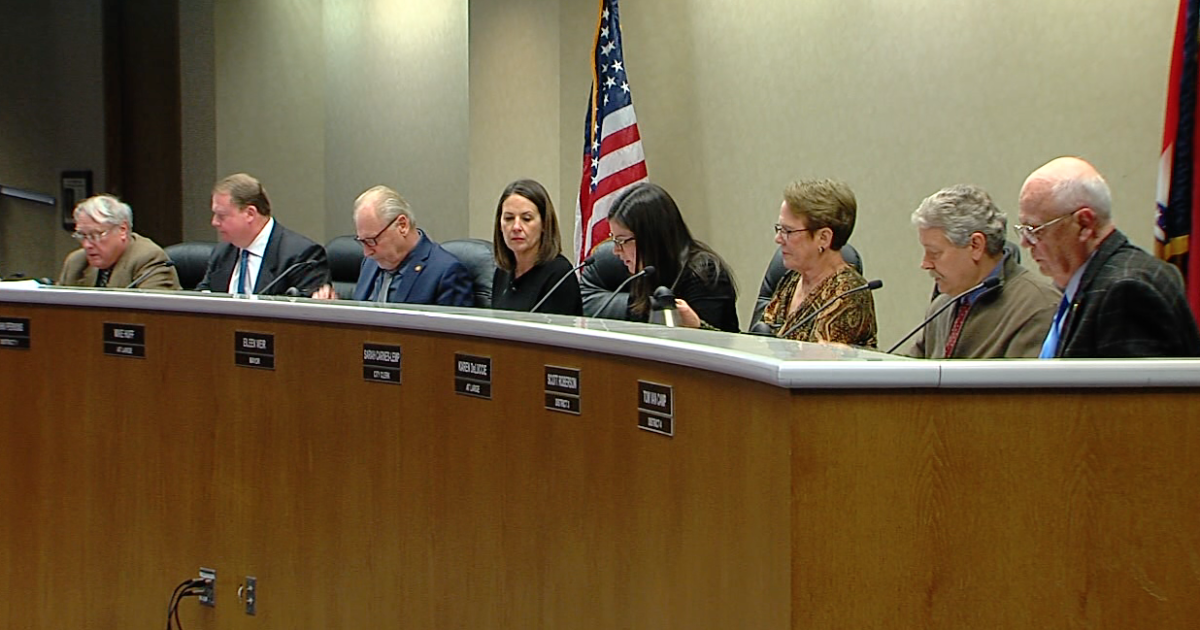 The terms of Tom Van Camp and Curt Dougherty, who was ousted during Tuesday’s election, on the Independence City Council will end later this month.

Dougherty, a District 2 council member, received 35% of the vote in a landslide loss against Bruce Stewart.He is the second incumbent on the city council to lose his seat this year.

Tom Van Camp, a District 4 council, lost his seat after being defeated in February’s primary election.

He will be replaced by Daniel Hobart, who won the seat Tuesday in a run-off against Chris Heitzman.

Dougherty and Van Camp’s departure comes in the midst of an ongoing FBI probe, which began after multiple I-Team investigations raised questions about several expensive projects the city council signed off on.

The I-Team first began examining city records in 2018 when Beverly Harvey, a resident of Independence, expressed her outrage that the city demolished the green space behind her home and turned the property into a solar farm.

“Devastating,” Harvey said at the time, “It’s always a reminder every time you look out and see solar panels in the middle of the city.”

Harvey’s home backed up to what used to be the Rockwood Golf Country Club, which the city voted to purchase during an executive session designed to allow council members to discuss sensitive matters â€” usually personnel decisions or things of that nature â€” off the public record.

Harvey said she’s long felt members of the city council have kept residents in the dark.

“They need to represent the city,” she said. “They need to have transparency. They need to do it out in the open. No more backroom votes on anything, and spend money like it’s their own.”

The city purchased Rockwood for $985,000 from a developer who the city said threatened to build Section 8 housing on the land.

Van Camp, who also lives near the property, led the charge in building the project.

Ron Bruch, a longtime owner of the land, said he tried to sell the property to the city, but the city wouldn’t buy from him. He later sold the land to a developer for $550,000.

Two months later, the developer flipped it to the city and made a $435,000 profit.

The I-Team discovered a receipt in 2018 that showed councilman Dougherty dined out with the developer a year prior to the city’s purchase of Rockwood. The receipt noted that the duo met to discuss the decommissioning of the Missouri City Power Plant.

When the I-Team asked Dougherty why he was discussing the power plant with the person who went on to sell Rockwood to the city, Dougherty claimed the developer was going to finance the Missouri City Power Plant project.

The city hired a company to demolish the power plant for nearly $10 million dollars in 2017, but records show another qualified bidder offered to do the job for half the price.

Council members Karen DeLuccie and Scott Roberson publicly criticized the choice, saying the city didn’t need to do anything with the property, which had been deemed safe by the the Environmental Protection Agency.

A 2016 city agenda showed that the company selected for the job received a special invite to give a presentation before the members of the city council on the project prior to the bidding process. No other companies were afforded the same opportunity.

The agenda doesn’t reveal who invited the group.

However, a receipt from two months earlier shows council members Dougherty, Van Camp and John Perkins dined out to discuss Missouri City with a local attorney who years earlier went to prison for bribing a city council member.

When questioned about the meeting, Dougherty and Perkins said the attorney had a client who was going to finance the project, despite the city manager saying outside financing was never considered.

In 2018, while reading through the city’s financial records, the I-Team came across expense reports for the council members. Van Camp’s stood out. The councilman spent thousands of dollars on trips to attend power conferences that were funded by the city-owned utility, Independence Power and Light.

When questioned on several occasions about how his travels benefited the taxpayers who funded them, Van Camp wouldn’t elaborate.

Shortly after the I-Teams stories aired in 2018, several officials with city hall confirmed they were contacted by the FBI.

A sunshine request to city hall revealed the FBI has asked for expense reports for all members of the city council. A federal grand jury has also subpoenaed the city for meeting minutes where Missouri City and Rockwood were discussed.

Perkins, a District 4 council member, was the only incumbent to keep his seat on the city council Tuesday. He ran unopposed.

Roberson, who represented District 3, did not run for re-election.

“Myself and many, many others are going to keep an eye on them so they better be on the up and up,” Harvey said, “because otherwise I’ll be calling the news again.”