Published on January 21, 2020 by Dave Kovaleski

Solar capacity in Hawaii jumped 21 percent in 2019 â€“ the largest annual increase ever in the state, according to Hawaiian Electric. 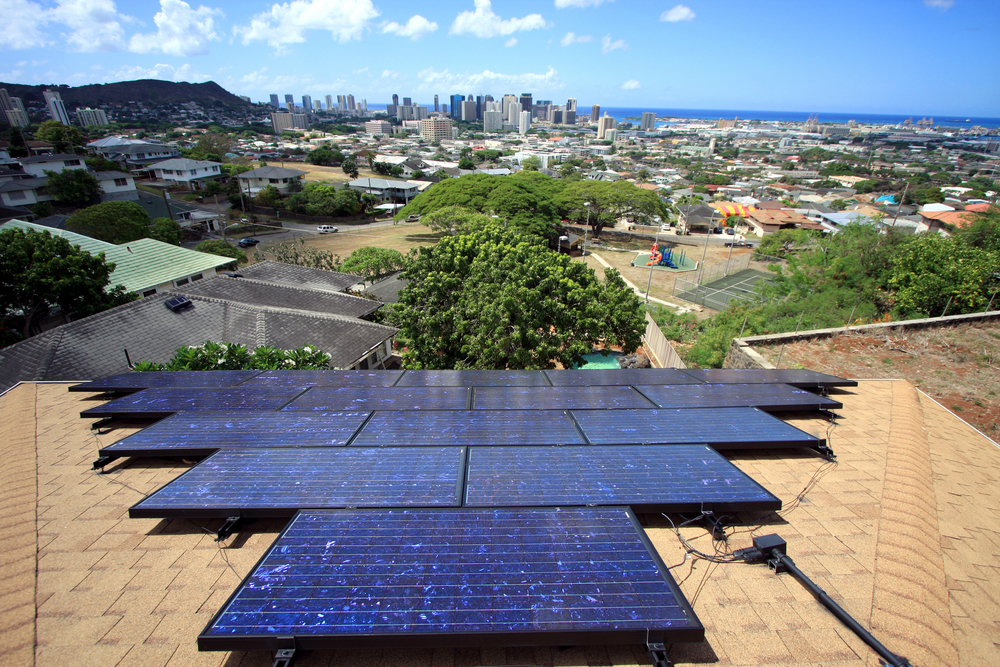 Solar capacity increased from 745 cumulative installed megawatts in 2018 to 902 megawatts at the end of 2019. Currently, there are about 3.5 million solar panels producing electricity on Hawaiian Electricâ€™s five grids.

Overall, nearly 3,500 new systems across Oahu, Hawaii Island, and Maui County were completed last year. The company has a goal of having 30 percent renewable energy by the end of 2020.

â€śThe numbers show the adoption of residential rooftop solar remains strong, increasing year after year across all of our islands,â€ť Shelee Kimura, Hawaiian Electric senior vice president of customer service, said. â€śRooftop solar is a critical piece of the renewable mix, and our plans call for tripling the amount already installed to help move the state toward a clean energy future.â€ť

There are now 81,783 solar systems online in the state, capable of producing 902 megawatts.