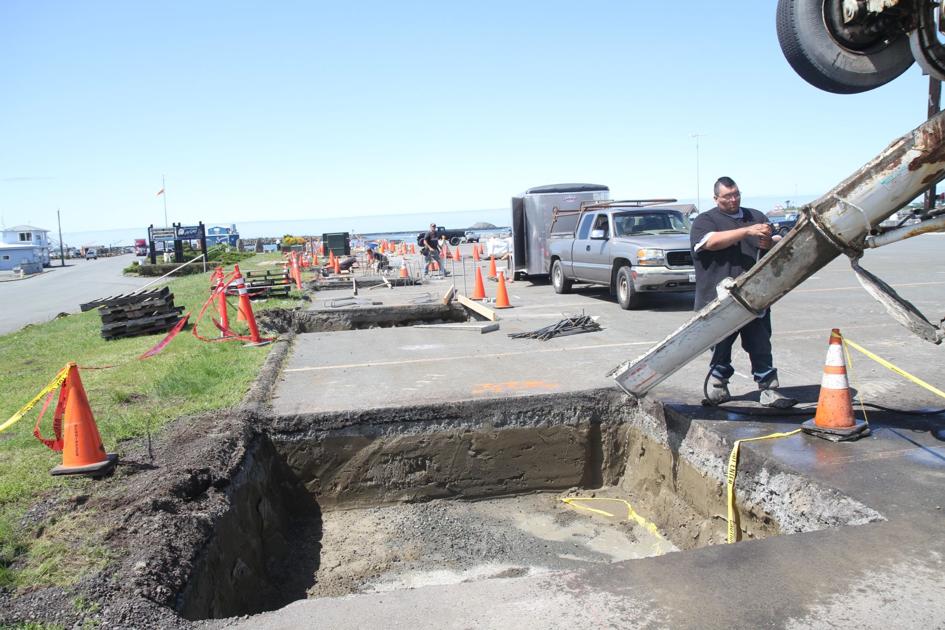 A solar panel installation project three years in the works is finally nearing completion at the Crescent City Harbor.

He added their workers were also pouring sand and concrete to install carports that will support more solar panels along Citizens Dock Road.

â€śThe EcoForce crew chief said they will be back the second week in June because thatâ€™s the scheduled completion date for the support structure for the carports,â€ť Helms told the commissioners via a Zoom meeting. â€śUnless something stands in their way, at the speed the crew works, I donâ€™t see them letting anything stand in their way. Even if they had to be out there 24-hours a day.â€ť

Board President Brian Stone noted Helmsâ€™ report seemed to indicate Renewable Energy Capital CEO Alex Lemus was living up to his end of a contract the harbor district approved in January.

According to the report, that power-purchase agreement stipulated that Renewable Energy Capital would pay a $350,000 penalty to the Crescent City Harbor District if the project wasnâ€™t finished by June 30. REC would have to pay that penalty as of July 1, Helms said.

The harbor entered into a 25-year, power-purchase agreement with REC in 2017 where REC would install, finance, own and operate a 1-megawatt photovoltaic system at the harbor.

The system would consist of panels on the Albers Seafood and Pacific Choice Seafood buildings as well as carports along Citizens Dock Road near the portâ€™s inner boat basin.

In December, Lemus apologized to the commissioners on behalf of ADE and paid off a lien the Harbor District had levied on solar panels that it had in storage.

According to a Nov. 20, 2018 staff report, the project should save the Crescent City Harbor District $35,000 annually on its electricity payments and entitles the harbor district to $20,000 annually in site lease fees over the duration of the 25-year lease.

Stone asked Helms when the Harbor District could expect payment. Helms said he wasnâ€™t yet sure.