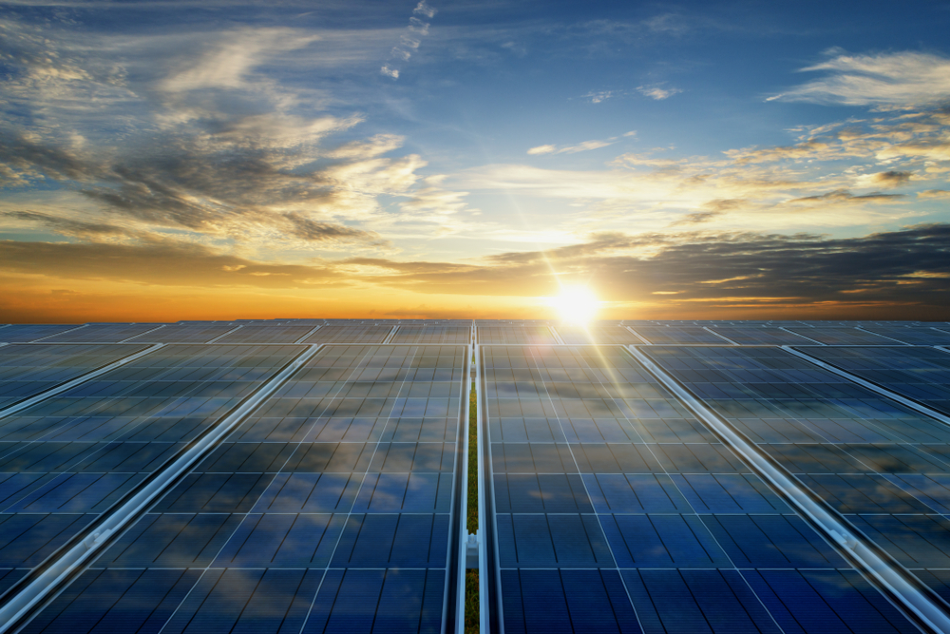 Graphene-based inks have many practical applications in flexible electronics and can offer new energy solutions. Incorporating graphene ink into perovskite solar cells has multiple benefits and can lead to significant advances in the photovoltaic industry.

With the growth of demand for solar power, scientists are working on finding more efficient ways to use solar photovoltaics. One of the Graphene Flagship’s Spearhead Projects, the Solar Farm project, is focused on creating the worldâ€™s first graphene-enabled solar farm located in Crete, Greece.

Launched in 2013, Graphene Flagship is one of the most significant research initiatives in Europe. Graphene Flagship brings together researchers from academia and industry who work on taking graphene out of the lab and incorporating it into our everyday lives.

Graphene is believed to be one of the most important materials available. It is the first two-dimensional material discovered and was first isolated by Professor Sir Andre Geim and Professor Sir Kostya Novoselov in 2004, for which they won the Nobel Prize in Physics in 2010. It has various applications in industries such as medicine, wearables, photonics, electronics and energy production.

Graphene has also inspired a new generation of conductive inks, which can be used for the efficient printing of different devices to improve our everyday lives. For example, graphene inks can be used for printing flexible electronics such as transistors and photovoltaic cells.

Read more: Graphene and graphene-based products on the market today

In the 21st century, renewable energy is a widely discussed topic, and the use of graphene for renewables has been an important goal for science since its discovery. In 2016, 24% of global electricity was generated using renewable sources. Solar photovoltaics currently produce more than 2% of the worldâ€™s power and is one of the fastest-growing industries.

The most largely used photovoltaics are silicon-based and have been around since 1880. In 2019, they reached an efficiency of 26.6%.

Photovoltaics are generally cheap to produce but require high-temperature processing, which is a fundamental barrier to making them more cost-efficient. Therefore, scientists are interested in finding an alternative for the photovoltaics industry.

One such option is perovskite solar cells (PSCs), which were first developed in 2009 and have already reached an efficiency of 25%. PSCs offer a cost-efficient alternative to silicon solar cells.

PSCs are typically made from cheaper materials and are produced using low-temperature solution processing. PSCs are also flexible and can be used in locations where traditional photovoltaics cannot be placed.

Perovskite-based solar cells consist of thin layers of several materials, each playing a different role in the conversion of light to electrical power. In the perovskite layer, solar energy is converted to free charges, which travel through the cell to produce electricity.

There are still some barriers that scientists need to overcome to use PSCs widely. Examples of such obstacles are their instability when exposed to moisture and maintaining their high efficiency when produced on large scales to meet the demands of the industry. Â

Next-generation solar technologies need to be significantly improved to replace traditionally used silicon-based photovoltaics. Although PSCs are a promising option, their stability and scalability still need to be further developed before they can be commercialized.Â

Researchers, in collaboration with several research institutions and industrial partners, have suggested a possible way to overcome these barriers. The solution lies in a quantum-chemical approach using molybdenum disulfide quantum dot/graphene hybrids which, when deposited on the PSCs, increases their stability and performance.

PSCs exhibit high performance when using active areas of about 1 cm2. The large-scale production of solar cells is crucial for their commercial use. Therefore, for PSCs to be a reliable energy source, they need to be produced on bigger scales to harvest enough sunlight so they can produce enough energy.

The main barrier to the production of large PSCs is the non-uniformity of the solar cell layer when deposited. This can lead to short circuits due to poor interfacing between layers. It is crucial for the different layers of the solar cell to be uniformly deposited and to have quality interfaces.

How could a Novel Electrode Revolutionize Perovskite Solar Cells?

Incorporating graphene-based inks in PSCs offers a solution to this problem. Graphene-based inks can be produced using exfoliation methods and can be incorporated as thin layers between the different solar cell components.

Researchers have already achieved quite large efficiencies of larger-scale PSCs â€“ 13.4% for a 108 cm2 photovoltaic and 15.3% for an 82 cm2 photovoltaic. Although this is a significant achievement, further research efforts will be focused on increasing the efficiency of the large-scale solar panels, which will be used for the graphene-based renewable farm in Crete.

The Future of Photovoltaics

Incorporating graphene and related two-dimensional materials using interface engineering is very promising for the future development of PSCs and the photovoltaics industry in general.

The wide range and availability of two-dimensional materials offer an easily accessible route to achieving better performance and the adoption of PSC technology for renewable energy. PSC production is cost-effective and environmentally friendly, which yields further accessibility and convenience of their incorporation in the solar cells industry.

The findings from this research are believed to be critical to the broader use of PSCs. Having solved the problems around the stability and scalability of the PSCs, researchers are now focusing on bringing their production to an industrial scale. It is expected that the new photovoltaics will be cheaper than the silicon-based ones, which will make them more accessible to customers.

Using graphene-based inks for the development of stable and more efficient PSCs is expected to change the photovoltaics industry in the future significantly. Having cheaper and better solar cells will offer a sustainable solution to various environmental problems faced by society in the 21st century.Â

Disclaimer: The views expressed here are those of the author expressed in their private capacity and do not necessarily represent the views of AZoM.com Limited T/A AZoNetwork the owner and operator of this website. This disclaimer forms part of the Terms and conditions of use of this website.