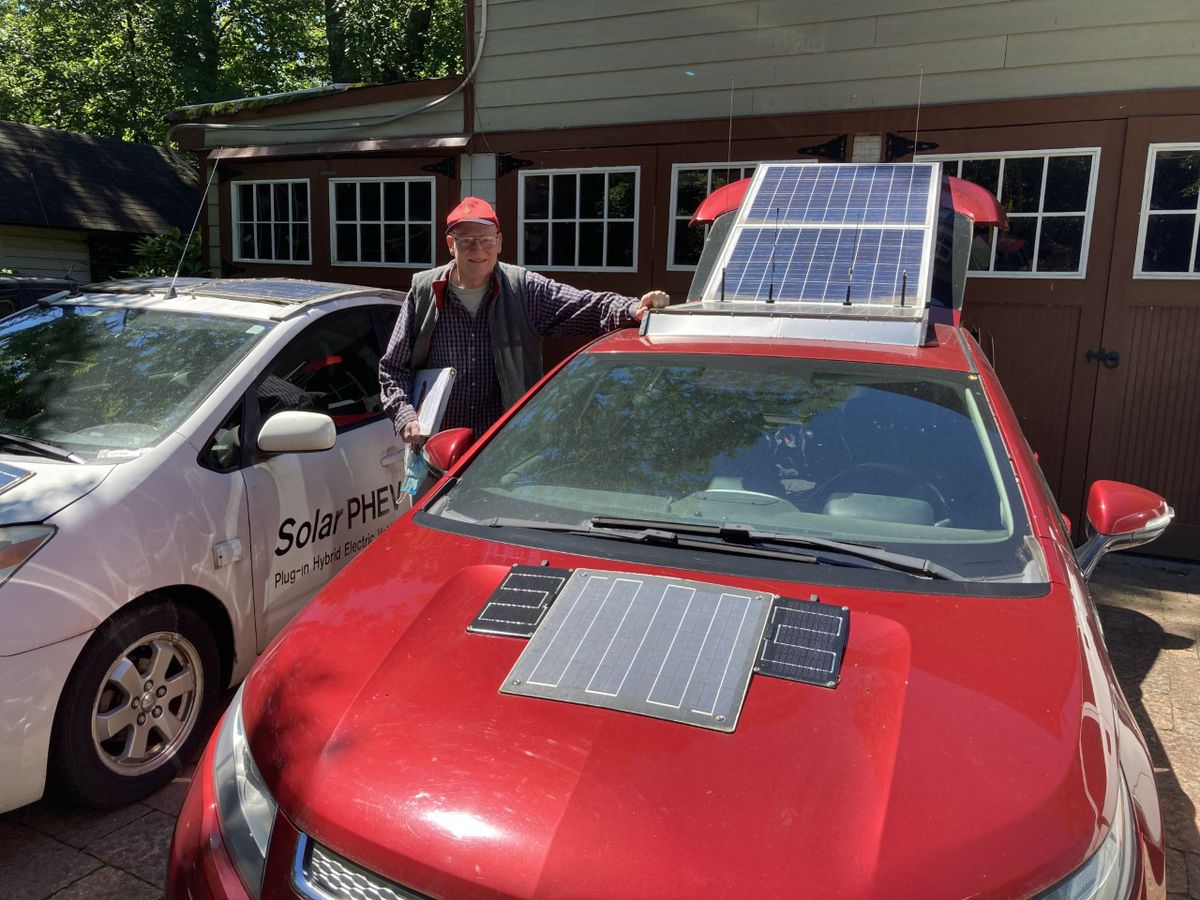 Bruninga bought damaged Toyota Priuses from salvage yards back when no one wanted to repair them, outfitted them with solar panels and connected them to motorcycle batteries to modestly increase driving range for his daily commute to work. He drove the solarized Priuses around Anne Arundel County with signs on the doors promoting EVs and hybrids. He did that at least three times, with a 2004 Prius that had been T-boned in a crash, with a 2005 model that had been damaged by a fallen tree and with a second 2005 Prius that had been rear-ended. For the latter, Bruninga not only added rooftop solar panels, he rebuilt the rear end with wood, creating a funky hybrid woody that attracted lots of attention from other motorists and people with smartphone cameras. “If you Google ‘woody Prius,’ it pops right up,” says Bruninga’s son, AJ, who drives a blue Norwegian-built, all-electric Th! nk.