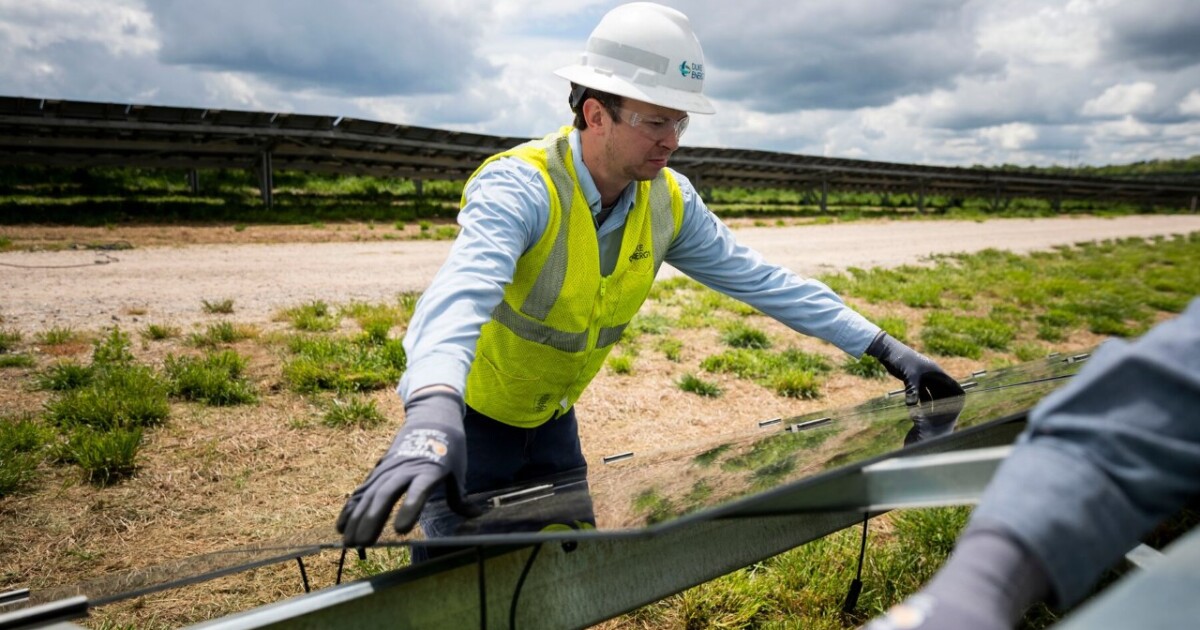 Duke Energy’s commercial renewable energy division is building a 500-acre solar farm in Cleveland County and when it begins generating electricity later this year, the customer will be another part of Duke, itself.

Duke Energy Renewables is an unregulated Duke subsidiary that sells solar and wind power to companies and other utilities across the country.

This project will be the first where Duke Energy Renewables sells electricity to another Duke division — in this case the company’s consumer and business divisions in North Carolina.

Duke Energy Renewables was chosen for the project after competitive bidding that’s now required under the state’s 2017 solar reform law.

“Solar power continues to play a big role in our aggressive pursuit to reduce carbon emissions and achieve our net-zero carbon goal for 2050,” Stephen De May, Duke Energy’s North Carolina president, said in a press release. “We’ll continue to deliver renewable energy by building and purchasing more carbon-free power for our customers.”

Until now, solar power used by Duke Energy Carolinas in Charlotte and western N.C. and Duke Energy Progress in eastern N.C. has come from solar farms those companies operate themselves or through agreements with private solar operators.

The planned Broad River solar farm is in Boiling Springs, about 50 miles west of Charlotte. It will generate 50 megawatts of electricity, enough to power about 12,500 homes.

Duke says it expects to begin generating electricity by the end of the year.

Want to read all of WFAE’s best news each day? Sign up here for The Frequency, WFAE’s daily email newsletter, to have our top stories delivered straight to your inbox.