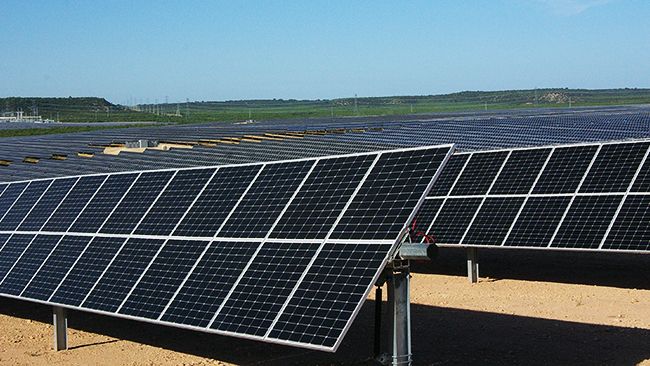 The Rambler Solar project is the second 200-MWac Texas solar facility that Duke Energy Renewables has brought online this year, bringing its total Texas solar portfolio to over 500 MWac in operation. In early July, the company announced the commercial operation of its Holstein Solar project in Nolan County.

â€śTexas is one of the largest and fastest-growing solar markets in the U.S., where the energy landscape is changing rapidly. We are proud to partner with Duke Energy Renewables in the Rambler Solar project to provide clean, affordable and reliable energy to local communities and look forward to contributing more high-quality solar projects in this important market,â€ť said Dr. Shawn Qu, chairman and CEO of Canadian Solar.

The energy generated from the Rambler Solar project is being sold to a customer under a 15-year agreement. The 200-MWac project, spanning approximately 1,700 acres west of San Angelo, Texas, contains more than 733,000 Canadian Solar high-efficiency bifacial modules. Rambler Solar will power the equivalent of 40,000 homes.

The facilityâ€™s construction was performed by Signal Energy. Duke Energy Renewables will provide long-term operations and maintenance services to the project.

The project employed approximately 400 workers during peak construction. Along with indirect economic benefits that accompany solar project development â€“ such as increased local spending in the service and construction industries â€“ Rambler will also directly provide several million dollars to Tom Green County and to the local school district over the 40-year life of the project.

As one of the nationâ€™s top renewable energy providers, Duke Energy currently owns, operates and contracts more than 8,000 MW of capacity and plans to double that by 2025.

Duke Energy Renewables, a nonregulated unit of Duke Energy, operates wind and solar generation facilities across the U.S., with a total electric capacity of 3,000 megawatts. Duke Energy is one of the nation’s top renewable energy providers â€“ on track to own or purchase 8,000 megawatts of wind, solar and biomass energy by 2020. The power is sold to electric utilities, electric cooperatives, municipalities, and commercial and industrial customers. The unit also operates energy storage and microgrid projects. Visit Duke Energy Renewables for more information.

Duke Energy (NYSE: DUK), a Fortune 150 company headquartered in Charlotte, N.C., is one of the largest energy holding companies in the U.S. It employs 30,000 people and has an electric generating capacity of 51,000 megawatts through its regulated utilities, in addition to Duke Energy Renewablesâ€™ capacity.