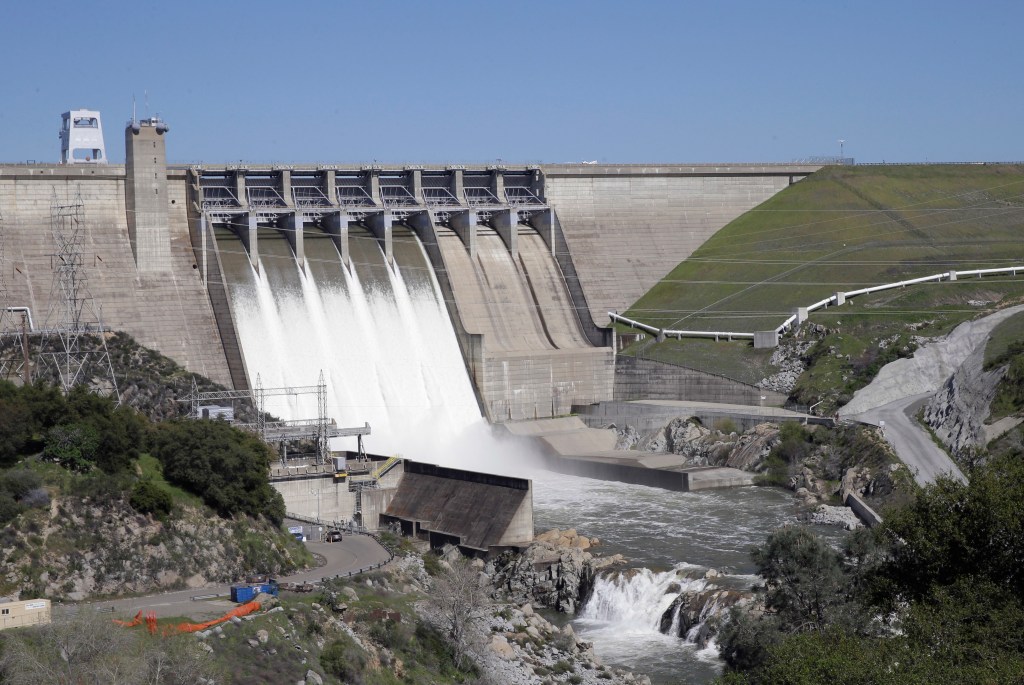 Hydroelectric power from dams usually provides about 15% of Californiaâ€™s electricity needs. But in 2015, at the zenith of the worst drought in Californiaâ€™s recorded history, it supplied only 6%.

That loss in electricity generation during the 2012-16 drought cost PG&E and other California utilities about $5.5 billion, a new study says.Â  As Californiaâ€™s climate becomes more prone to severe droughts, the findings point to future costs that utilities â€” and ultimately ratepayers â€” will likely be forced to bear.

The hefty price tag highlights two effects of last decadeâ€™s drought: the decreased supply of cheap power and the increased consumer demand for electricity. Several consecutive years of below-average Sierra Nevada snowpacks and parched reservoirs resulted in hydroelectric dams operating far less than normal, as high temperatures associated with the drought caused energy use to skyrocket when Californians cranked up their air conditioners.

When the stateâ€™s hydropower wanes during a drought, â€śsomething else has to increase,â€ť said Jordan Kern, a hydrologist at North Carolina State University and lead author of the study, which was published in the journal Environmental Research Letters.

Although the resulting energy shortfall was softened by increases in wind and solar production, natural gas plants closed the bulk of the gap.

Increases in the cost of generating electricity are usually passed down to ratepayers, said Maya Chupkov, a spokeswoman for the California Public Utilities Commission.

Peter Gleick, founder of the Oakland-based Pacific Institute, a nonprofit think tank, detailed the droughtâ€™s economic impact in a 2016 report by analyzing records of hydropower generation and electricity prices. By contrast, Kern used records of temperature, wind speed and stream flow to estimate how much energy was available from solar, wind and hydropower, while a sophisticated economic model simulated fluctuations in natural gas prices.

The model, Kern said, allowed researchers to differentiate between the impacts of increased demand for electricity and reduced supply. Although Kern and Gleick reached similar conclusions about the overall economic impact of the drought, Gleick said the new research â€śuses techniques I didnâ€™t have availableâ€ť and is thus â€śfar more sophisticatedâ€ť than his report.

Gleickâ€™s report found that the drought resulted in a 10% increase in carbon emissions from the stateâ€™s power plants, but suggested that increasing wind and solar production could reduce the need for natural gas in future droughts. Kern, however, emphasizes that â€śeven if you have a system thatâ€™s 70% or 80% zero carbon,â€ť droughts will lead to a significant increase in natural gas usage.

Although reservoirs have recovered from their historic lows in 2015, the specter of drought has not diminished. After several wet years, this past winter was one of the driest on record. The U.S. Drought Monitor says about half of California is now experiencing moderate or severe drought.

Those dry conditions may become the new normal for the Golden State. Research published in April in the journal Science said the West is in the midst of a historic â€śmegadroughtâ€ť caused by natural climate cycles and human-caused warming. The years 2000 and 2018 bookended the second driest 19-year period in the West in the past 1,200 years, according to theÂ  National Science Foundation-funded study.

As global temperatures continue to climb, California will see a smaller snowpack, meaning â€śwe will see pretty substantial reductions in hydropower generation during the spring,â€ť said UC Davis hydrologist Jay Lund. But even with more frequent and more severe droughts, he doesnâ€™t see hydropower going away.

Gleick said he foresees a future where California can weather droughts without resorting to natural gas if two changes are made to the stateâ€™s energy grid. The first is improving Californiaâ€™s connections with other states, â€śso that we can shift energy back and forth,â€ť he said.

Although some interstate connections now exist â€” California receives some of its hydropower from the Pacific Northwest â€” energy experts say a more robustly connected system would allow a decrease in hydropower in California to be replaced with solar power from Nevada or wind power from Oregon.

The second change Gleick recommends is boosting energy storage, which allows electricity from renewable sources to be cached for later use.

Lithium-ion batteries, which allow solar energy to be stored for nighttime use, are now gaining widespread usage throughout the state. Other forms of storage aimed at allowing energy to be cached for weeks or even months â€świll make it easier to integrate renewables more effectively into the system than we had during the last drought,â€ť Gleick said.

Kern agrees. â€śAt least right now,â€ť he said, hydropower is â€śa great way to generate electricity without generating carbon dioxide emissions. But if you want to make that part of the mix, then you have to be prepared to deal with situations when it is not there.â€ť