Cummins has revealed it is supplying a fuel cell system for a new ‘flying’ hydrogen-powered vessel being developed by the newly formed TU Delft Solar Team 2021.

The Netherlands-based team, consisting of 20 students of various backgrounds, have spent the last nine months taking its new ‘Hydro Motion’ vessel from a conceptual idea to a reality.

The hydrogen boat is powered by the Cummins HyPM-HD30 and will convert 99.9% pure hydrogen into electricity to power the boat’s driveline, electronics and other devices.

The hydrogen will be stored in a gaseous state in the hydrogen system tank, which has a 350-litre capacity and can also store more than 8kg of hydrogen gas, exceeding 265kWH energy.

To power the boat, the hydrogen gas from the storage tank will pass through the fuel cell stack and mis with atmospheric oxygen.

In each cell of the fuel cell stack, the hydrogen splits off two electrons which cannot pass the proton exchange membrane that separates the hydrogen from the atmospheric oxygen.

The hydrogen protons pass through the membrane to join with oxygen to form water vapor, the two electrons travel around the membrane through a wire as electricity powering the boats motor.

Due to the boats large size, the vessel will also have a small battery pack optimised for power density implemented into it allowing the boat to reach the right take-off speed to fly.

This is a unique feature of the vessel, once the hulls of the boat are out of the water and the boat is only flying on its hydrofoils, the 30kW fuel cell is again sufficient to power the boat with the take-off taking place at 13.6mph.

At this point, the hulls are lifted out of the water and fly 40cm above the surface with a speed of more than 20mph.

The solar panels of the solar boat have been removed and in its place a hydrogen system has been implemented. 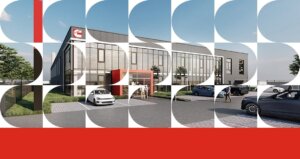 From being one of the first in its industry to publish a sustainability report to being front and centre of the hydrogen movement today, Cummins a global technology leader steeped in environmental consciousness and solutions.

For over a century, Cummins has been designing, manufacturing, distributing and servicing a broad portfolio of power solutions, from diesel, natural gas, hybrid, electric, and fuel cell powertrains, to powertrain components and now electrolysers for hydrogen generation. Its products cover many different market segments, including buses, trucks, marine, mining, agriculture and power generation.