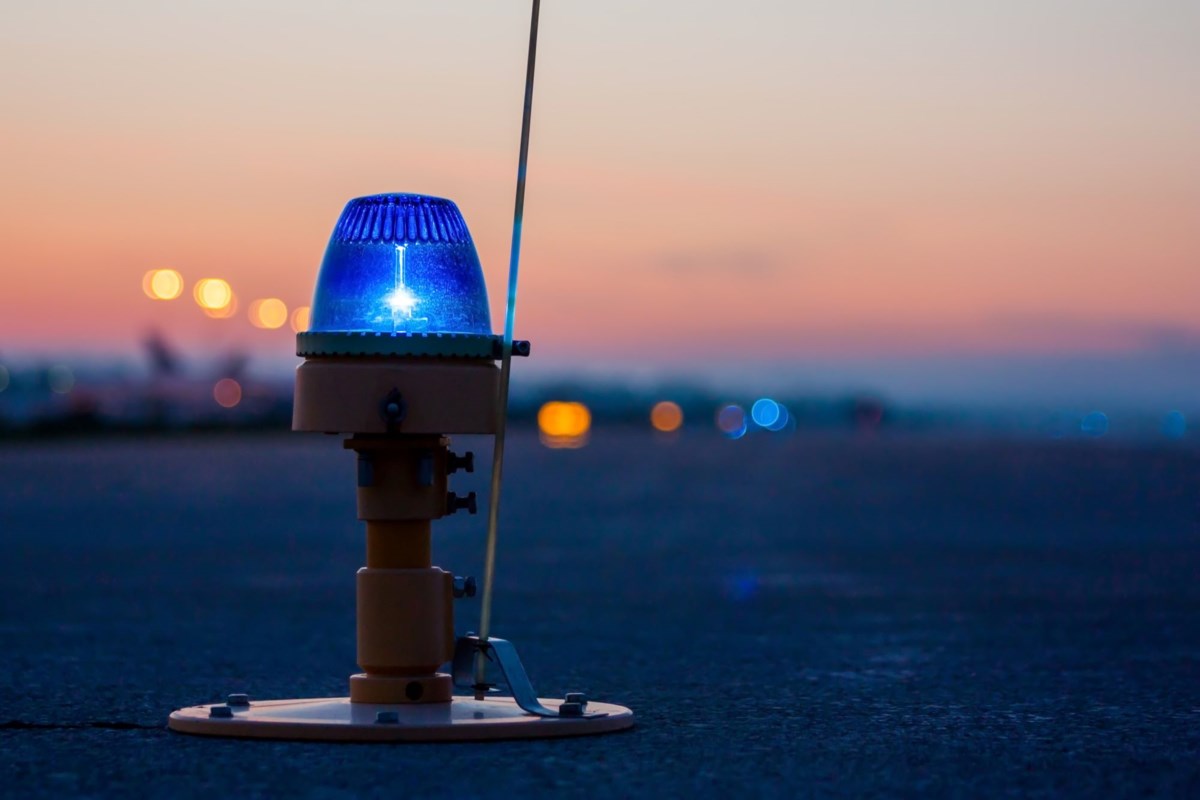 Daryl Halloch, Elliot Lake’s Director of Public Works, is asking City Council to approve spending $316,400 plus HST to enter into a contract with Approach Navigation Systems Ltd. of Moncton, New Brunswick for a Solar Powered Runway Lighting System at the Elliot Lake Airport.

“The airport consists of a 4,500-foot runway which is equipped with a lighting system containing 113 wired runway lights which allow planes to identify the runway at night and during foggy weather.”

“The current runway lighting system is close to 40 years old and consists of two older transformers and 9,000 feet of cable running underground from light to light. Over the past several years, the system has been showing its age with several lights no longer working due to the underground cable splicing, which is a challenge in itself to try and identify the location.Â

“Staff has been investigating different lighting systems along with costs to replace the current system that has been failing over the past several years. The tender closed Sept.1 with threeÂ vendors submitting bids.Â

Halloch continued, “A power study was completed for our area to verify that Elliot Lake would be a good candidate for solar lighting with enough sunlight to supply the battery-operated lights, without ever having to worry about them being depleted.”Â

“The LED solar lights eliminate the use of underground cables and transformers and the energy cost savings would cover the cost of batteries that come with a full 5-year warranty.

“All lights will be mounted in cement. They are certified by Transport Canada and can be adjusted anywhere from a height of 14 inches to 24 inches and are operational in temperatures as cold as â€“ 40 degrees Celsius.Â

“Once bids were received and after several emails back and forth, the lowest bidder reduced their bid price to $316,400 to supply and install the Solar Powered Runway Lighting System that is fully controlled by airport or by air, like the current system.

“Staff from both Coffee Creek Air Field in the Yukon and Bonneville Alberta have had trouble-free operations and explained how bright the LED lights are and the energy cost savings. The system is equipped with a controller that notifies staff regarding any problems when (they are) at home.Â

“The amount of $316,400 plus applicable taxes, by Approach Navigation Systems Ltd. is $19,408 under budget, which will be coming from the Facilities reserve.Â

Halloch concluded, “With energy savings estimated at $2500 annually and the life of an LED light estimated to be threeÂ times that of a current light, the proâ€™s far outweigh the conâ€™s of having to purchase replacement batteries at a cost of $22 per light, which would result in a total cost of $2,486 every fiveÂ years if all 113 lights needed replacing.”

The solar-powered LED airport lighting system is up for consideration at the next meeting of Elliot Lake City Council Monday, Sept. 28, 2020.

The meeting at 7Â p.m. will be live-streamed from the city Hall Council chambers on the city’s website and broadcast live on Eastlink Community Cable Channel 10.