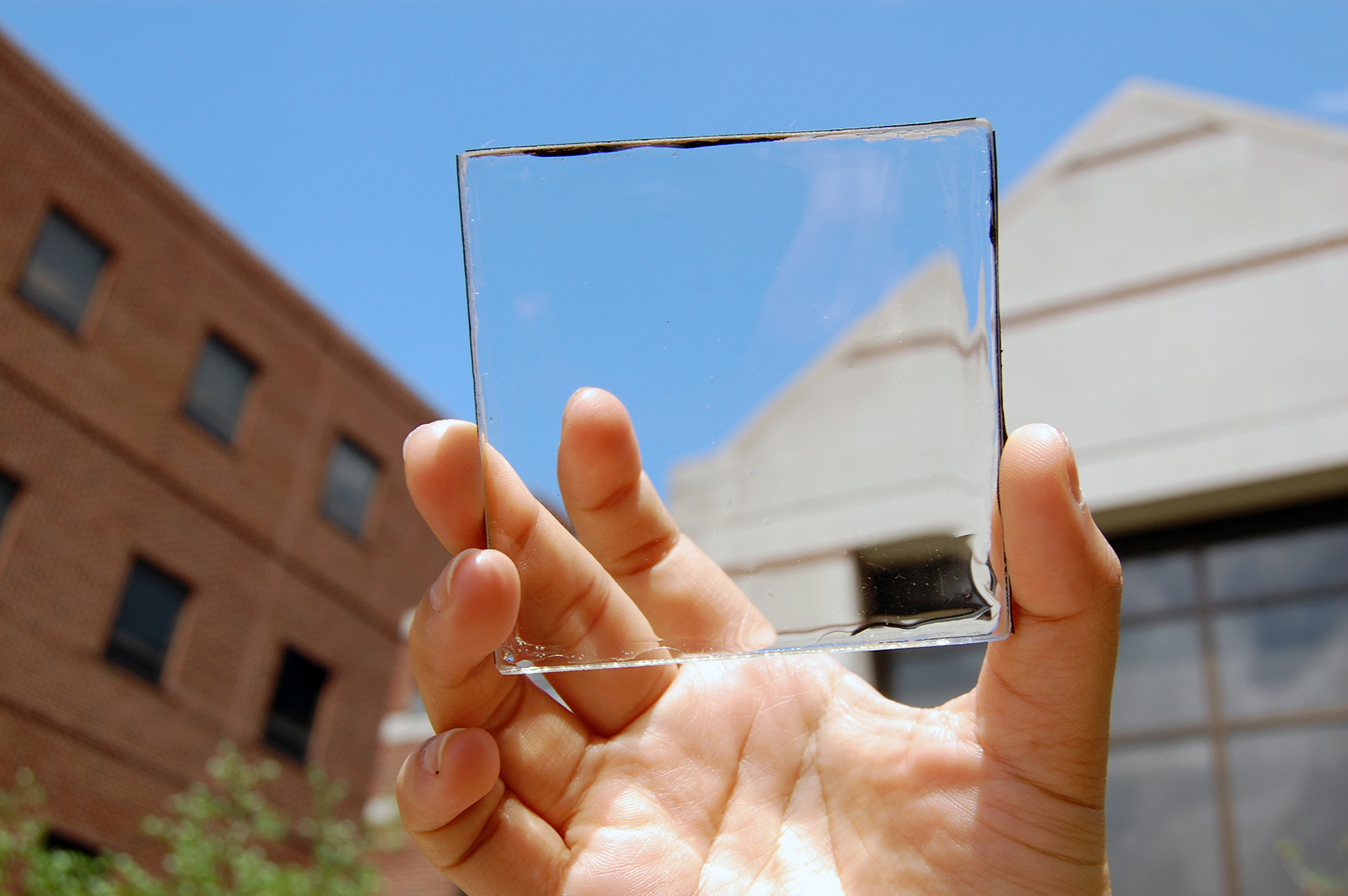 Greenhouses are an increasingly large slice of American agriculture.

There are plenty of advantages to growing crops in greenhouses, but one downside is the energy needed to, most importantly, keep them at a preferred temperature. A new study from North Carolina State University finds that next-generation solar panels might hold the key to solving that problem.

Greenhouse agriculture costs more up front in terms of construction, but the advantages are tantalizing. Temperatures can be controlled, prolonging the growing season. Because theyâ€™re a closed environment, the need for pesticides is dramatically lowered. Fertilizers may still be necessary, but thereâ€™s a decreased chance of them leaching out into water sources, the way they do in open-field farms. Water use is often lower in greenhouses, due to the reduced problem of evaporation and runoff. In places with less ideal climates or poor soil, a greenhouse might be the best way to grow efficiently; the Dutch have become extremely adept at this.

But with the energy required for heating during the winter and cooling during the summer, sometimes the costs, both financially and environmentally, can be punitive for large-scale greenhouses. Some studies have found the required energy costs to be several times higher for greenhouses than for open field growing.

This new study from North Carolina State University, though, looks at a promising, if raw, type of new technology: organic solar cells. These cells are typically made of plastics, rather than silicon crystals. They offer some pretty intriguing possibilities: They can be lighter, cheaper to produce, and flexible, compared with traditional solar panels. For the purposes of this study, the most interesting potential quality is that they can be made to be transparent to let light through.

The possibility of a transparent solar panel is that it can be adjusted to let in enough of the particular wavelengths of light a plant needs inside a greenhouse, while sucking in other wavelengths to be used for energy collection. That would take away one major problem of trying to use solar panels to power greenhouses: You canâ€™t put typical solar panels on the roof of a greenhouse, because theyâ€™re opaque and would block light from getting to the plants inside.

The researchers ran models for greenhouses in three locations: North Carolina, Arizona, and Wisconsin. Those all get different amounts of sunlight and have different energy needs due to their differing climates. But some careful fiddling with the specifics of how much light these next-gen solar panels absorb could, according to these models, help offset an awful lot of a greenhouseâ€™s energy use. In Arizona, a greenhouse could be energy-neutral by blocking only 10 percent of the type of light a plant usesâ€”not enough, say the researchers, to adversely affect growth.

In Wisconsin, which gets less light and requires more energy for heating and cooling, the cells arenâ€™t quite so efficient, but could still snag enough energy to almost cut a greenhouseâ€™s energy bills in half. Thatâ€™s still a major achievement.

The caveat, and of course there is one because otherwise all greenhouses would be doing this already, is that organic solar panels are still more of a promise than a reality. Organic solar cells, according to the Department of Energy, are nowhere near as efficient as the older style of solar panel; at best, their efficiency is only 11 percent, compared with about 26.7 percent for silicon solar cells. They also seem to have a shorter lifespan than silicon solar panels; theyâ€™ve even been referred to as â€śdisposableâ€ť sometimes, which is not a word you like to see when considering energy sustainability.

But organic solar cells are still being furiously improved upon due to their possibilities. One of those possibilities is for use in greenhouses, and the idea of an energy-neutral greenhouse would be a very big deal in much of the world.