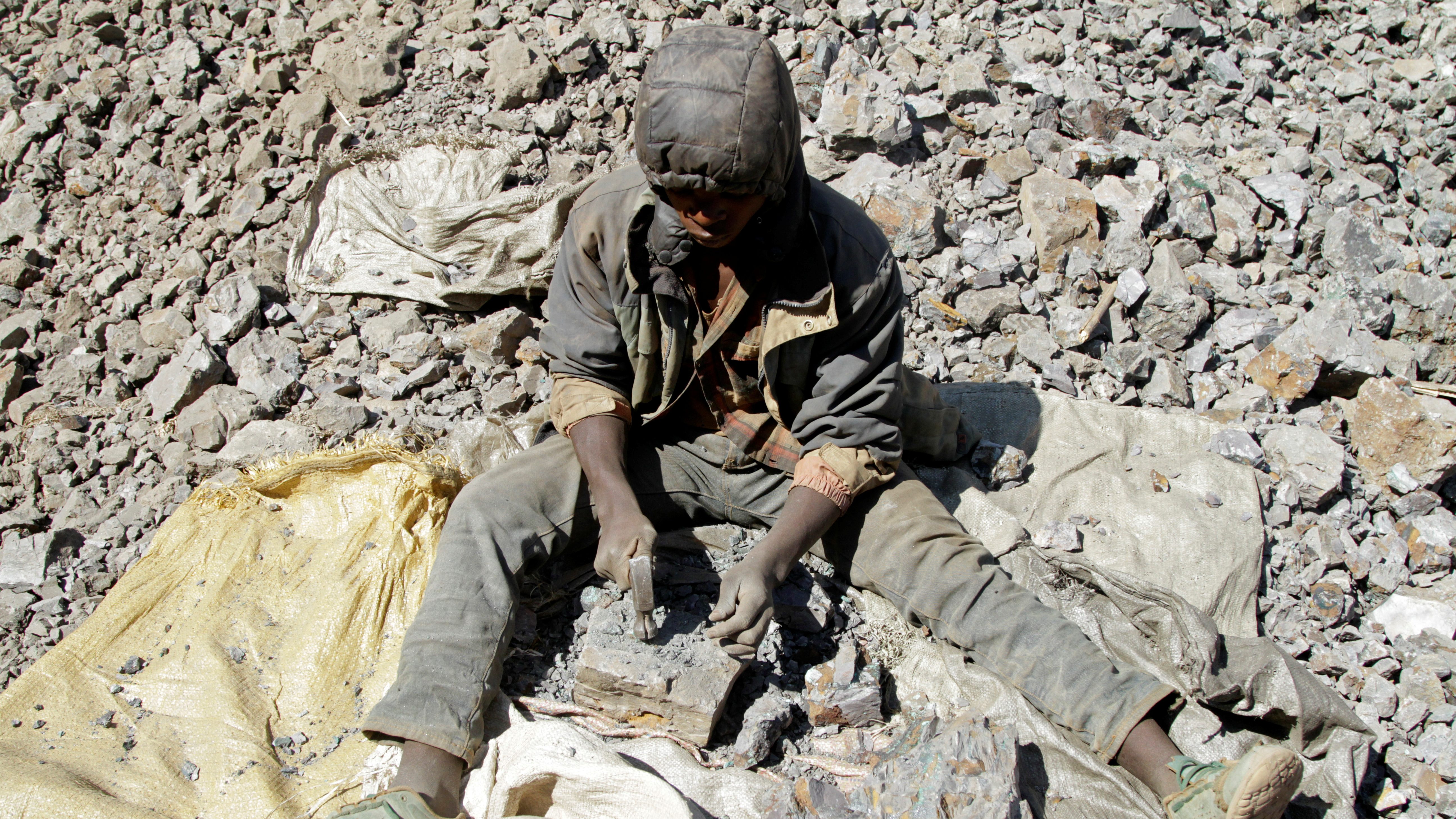 Tesla wants to fix one of the most problematic steps in its electric vehicle supply chain.

Electric vehicles wouldn‚Äôt be possible without cobalt, a mineral used in rechargeable batteries to store and transfer power. Half the world‚Äôs cobalt is used in batteries, and in order to meet the rapidly growing demand for electric vehicles (EVs) and renewable energy storage, cobalt production will need to ramp up at least 450% by 2050, according to the World Bank.

Unfortunately, cobalt production is a minefield of environmental and human rights problems. At least 60% of the world‚Äôs supply comes from the Democratic Republic of the Congo, mostly from small-scale miners using handheld tools to dig ore from pits and tunnels. The practice is rife with allegations of child labor, dangerous working conditions, community displacement, and water pollution from toxic processing chemicals.

In December, human rights advocates filed suit in the US on behalf of a group of Congolese mine workers against five top tech companies that source cobalt from the country‚Äîincluding EV leader Tesla‚Äîalleging that the companies are ‚Äúaiding and abetting the cruel and brutal use of young children‚Äù in cobalt mining (Tesla didn‚Äôt respond to a request for comment).

In response, this week Tesla joined the Fair Cobalt Alliance, a new group formed¬Ýto advocate for improved mining practices. Mine income can be channeled into local schools to cut down on child labor, and individual miners can get help accessing market information to ensure they earn a fair rate. The group also includes two of the world‚Äôs biggest cobalt suppliers, Glencore and the Chinese mining company Huayou.

It‚Äôs just the latest effort to address cobalt mining by tech companies. In the last few years, both Samsung and the commodity trader Trafigura have launched reform efforts.¬ÝBut so far, as demand for cobalt skyrockets, conditions are only getting worse, said Siddharth Kara, a public policy lecturer and expert on modern slavery at Harvard who is working on a book about cobalt mining.

Although more companies are becoming aware of problems in the cobalt supply chain, that ‚Äúhas not remotely translated into even a modicum of a percentage point of improvement on the ground,‚Äù he said.

Cobalt isn‚Äôt the only mineral causing problems for the clean energy transition. Demand is booming for lithium, graphite, zinc, titanium, rare earth elements, and others‚Äîall necessary to make solar panels, wind turbines, batteries, magnets, and other key bits of clean tech. Almost all of these have been linked to corruption, labor, and environmental issues in their countries of origin.

A paper this month in Nature Communications¬Ýalso found mining for renewable energy minerals is having a growing impact on biodiversity and ecologically protected areas. And after the pandemic shut down mines in Peru, South Africa, and elsewhere, it became clear that clean tech manufacturers in the US and EU were vulnerable to disruptions in the shaky mineral supply chain, according to a May International Energy Agency report.

‚ÄúThe sector as a whole is just beginning to look at what the answers are,‚Äù said¬ÝSara Hastings-Simon, an energy transition researcher at the Colorado School of Mines.

For Tesla, part of the answer is to cut cobalt altogether. Back in 2018, CEO Elon Musk said the company was developing workarounds and hoped to develop a cobalt-free battery. That hasn‚Äôt happened yet, in part because removing cobalt tends to decrease batteries‚Äô lifespans and increase the chances they could spontaneously combust. Cobalt in batteries also needs to be highly pure, making the use of recycled materials difficult.

Hastings-Simon said that the new wave of EV battery factories opening in the EU and US may be more willing to pressure suppliers on human rights and environmental standards than their traditional competitors in China.

The Fair Cobalt Alliance is representative of another type of tactic. David Sturmes, senior programs and operations director at the Impact Facility, the UK-based nonprofit that oversees the alliance, said it‚Äôs nearly impossible for a company with a need for cobalt to shake artisanal mining from its supply chain. Even if it were, cutting off artisanal miners means dealing a potentially devastating blow to local economies; in its 2019 sustainability report, Tesla acknowledged that ‚Äúmining conducted in a responsible and ethical manner is an important part of the economic and social well-being of those communities.‚Äù

But it‚Äôs also difficult for an individual company, even a powerful one like Tesla, to put pressure on thousands of loosely organized individual miners the same way it might pressure, say, a microchip factory, Sturmes said. That means competitor companies¬Ýwill need¬Ýto work together. That might be the only way to reconcile the conflict minerals pose between the interests of the global climate and those of people and landscapes in vulnerable places.

‚ÄúWe want to remove carbon from the energy system,‚Äù Hastings-Simon said. ‚ÄúBut we need to consider all these other impacts around land, air, labor, biodiversity, and we need to valuing sources of supply that are meeting high standards for those.‚Äù