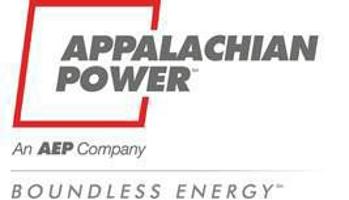 HUNTINGTON â€” Appalachian Power is taking the first steps toward supplying potential commercial and industrial customers with the solar power they say they want.

It would be the first large-scale solar facility in West Virginia.

The company recently issued a request for proposals for up to 50 megawatts of solar energy resources in West Virginia. The new solar facility must provide at least 10 megawatts of electricity but no more than 50 megawatts. The upper limit was set by Senate Bill 583, which the Legislature approved in the final days of its session this year after heated debate.

State Commerce Secretary Ed Gaunch and Development Office Executive Director Mike Graney had pushed for the legislation, saying many Fortune 500 companies will not consider locating in places that rely solely on fossil fuels for energy production.

West Virginia relies heavily on fossil fuels for its electricity production. According to the federal Energy Information Administration, it has several hydroelectric power plants and several facilities that produce power from wind, but it has no commercial-scale solar power production facilities. There is one in Maryland close to the West Virginia border and one in Pennsylvania near Pittsburgh, but none in the Mountain State.

During the legislative session, Graney told the Senate Finance Committee, â€śNot having, frankly, the solar box checked is a problem, and weâ€™ve heard that from a lot of different companies.â€ť

Opponents of the bill argued the Legislature should not be appeasing companies that want to â€ścheck the green boxâ€ť at the expense of coal.

â€śWe will build solar power in 50-megawatt increments, and then you have to get subscribers for 85% before you build any more after that,â€ť she said.

According to Appalachian Powerâ€™s request for proposals, the site for the solar power facility must be in West Virginia, and it must have been previously used in electric generation, industrial, manufacturing or mining operations to include brownfields, closed landfills, hazardous waste sites, former industrial sites and former mining sites. That is a requirement of SB 583 if the facility and Appalachian Power are to benefit from incentives.

Bids are to be received by Aug. 6. The project must be operational by Dec. 15, 2022. It must qualify for the Federal Investment Tax Credit and it must receive approval from the required regulatory agencies.

The project must be connected to Appalachian Powerâ€™s West Virginia distribution system or to PJM, the independent regional transmission organization that manages the electric grid in all or parts of 13 states, including West Virginia, Ohio and Kentucky.

SB 583 allows electric utilities to recoup their solar power investment costs through surcharges on electric bills, estimated to increase costs by about 18 cents a month for typical residential customers.

West Virginia has two utility holding companies: American Electric Power, the parent company of Appalachian Power and Wheeling Power; and FirstEnergy Corp., whose Mon Power and Potomac Edison subsidiaries provide most power in the northern and eastern parts of the state.

The first solar facility for each company is limited to 50 megawatts, and no additional capacity may be added until residential, commercial and industrial customers have contracted to buy at least 85% of the additional generation.

The bill was passed March 5 and took effect June 5. Appalachian Power issued its request for proposals about three weeks later.

FirstEnergy has not yet done likewise.

â€śAt this time, weâ€™re reviewing our options for solar development,â€ť Mon Power spokesman Mark Durbin said. â€śIt could be something we consider in the future.â€ť