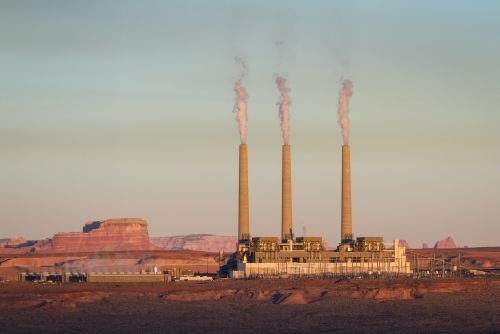 Two more utilities in Arizona and Colorado are moving to accelerate closure of coal plants and replace them with renewable energy backed by batteries, joining a broader push in both states to shift to more cost-effective clean energy optionsĀ even in the absence of state mandates.Ā

Tucson Electric Power on Friday released a long-term energy plan that calls for closing its remaining coal plants by 2032, on the way to 70 percent renewables by 2035. Arizona’s biggestĀ utility, Arizona Public Service, recently announcedĀ its own plan to achieve carbon-free energy by 2050, despite a lack of state mandates requiring such a transition.Ā

Meanwhile, Colorado Springs Utilities said it would close its remaining coal plants by 2030. Along with accelerated coal closure plans from two other Colorado utilities, this will leave multistate utility Xcel Energy, which has committed to 100 percent carbon-free electricity by 2050, the only one to keep coal plants open past the end of the decade.

Colorado wants to get half of its power from renewable sources by 2030 and 90 percent by 2050.

Arizonaā€™sĀ transition from coal to renewables and batteries

Tucson Electric Powerā€™sĀ 2020 integrated resourceĀ planĀ calls for a steady phase-down of itsĀ coal-fired Springerville Generating Station: The plant would startĀ operating on a seasonal basis in 2023, close down one of its 425-megawattĀ units in 2027Ā and halt operation of the other remaining unit by 2032.Ā

At the same time, the plan would see Tucson Electric PowerĀ adding 1.7 gigawatts of solar, 850 megawatts of wind and nearly 1.4 gigawatts of energy storage by 2035. Alongside a big boost in its energy efficiency efforts, TEP says the plan would allow it to avoid building any new natural-gas plants.Ā

TEP, which serves about 430,000 customers, had already exited the Navajo Generating Station coal plant owned by Arizona utility Salt River Project, whichĀ closed down last year. It is also planning to exit the San Juan and Four Corners coal plants in New Mexico, owned by utilities Public Service Co. of New Mexico and Arizona Public Service, respectively.Ā Both plants are in the Navajo Nation, which hasĀ asked Arizona regulatorsĀ to require the utility to pay up to $62 million to compensate for resulting economic losses.Ā

Arizona Public Service has committed toĀ 100 percent clean power by 2050, including an interim target of 65 percent by 2030. That target will make use of the roughly 25 percent of its capacity provided by the Palo Verde nuclear power plant, as well as 45 percent renewable energy, largely solar power.Ā

The Arizona Corporation CommissionĀ hasnā€™t imposed any clean-energy or carbon-reduction mandates on the stateā€™s utilities, and it allowed aĀ moratorium on new natural-gasĀ power plant construction toĀ lapse last year. But falling prices for solar power and lithium-ion batteriesĀ in the sun-soaked state have made that combinationĀ a cost-effective alternativeĀ to dispatchable fossil-fired power ā€”Ā although aĀ fire at Arizona Public Serviceā€™s McMicken batteryĀ facility last year has halted new battery installations until the state concludes an investigation into broader safety issues.Ā

Fridayā€™s 7-2 vote by the Colorado Springs UtilitiesĀ Board approves a plan to close its 208-megawatt Martin Drake coal plant by 2023, 12 years earlier than initially planned, and to shut down its 283-megawatt Ray Dixon coal plant by 2030.Ā

Colorado Springsā€™ decision comes on the heels of two other Colorado utilities pledging early retirements of their coal plants. Earlier this month, the Platte River Power Authority decided to shut down its 280-megawatt Rawhide coal-fired plant by 2030, 16 years ahead of its previously targeted closure date. And in January, Tri-State said it would close its remaining units at the Craig coal plant in 2030Ā as part of its broader decarbonization plans.Ā

Xcel Energy, which owns Public Service Co. of Colorado, the stateā€™s biggest utility with about 1.4 million customers, has pledged to reduce carbon emissions 80 percent by 2030 andĀ 100 percent by 2050;Ā it plans to closeĀ its last two coal-fired power plantsĀ in Minnesota by 2030.Ā

In 2018, Public Service Co. submitted a plan toĀ replace 660 megawatts of coalĀ generation at its Comanche coal-fired power plant withĀ 1,131 megawatts of wind, 707 megawatts of solar PV and 275 megawatts of battery storage, and wonĀ record-low price contractsĀ for battery-backed renewables in 2018.Ā But it hasnā€™t yet altered plans to keep the 750-megawatt Comanche 3 coal plant operating through 2070 or to keep the 552-megawatt Pawnee coal plantĀ running until 2041.Ā